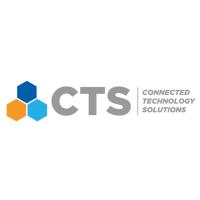 As we are all ringing in the new year, so full of hope and opportunity, we thought it might be interesting to see where some of the traditions associated with welcoming the new year originated.

Smooching your sweetie is thought to be good luck as people entered into the vulnerable period of a dark long winter and a new year – a way of being close to people who support you and offering blessings and protection.

Boom. While people have never really needed an excuse to enjoy blowing things up, worldwide the new year is welcomed with noisemakers, sparklers and fireworks, drum banging and firearm shooting – all to chase away the evil spirits. At least that’s what they say…

Sipping Champagne goes all the way back to 496 AD and has its origins in consuming wine from the Champagne region of France during the Eucharist – then later someone figured out if you add sugar you’d get bubbles. During the French Revolution, champagne became a part of secular celebrations that replaced formerly religious events. For example, you could “christen” a ship without a priest by using the “holy water” of champagne. (See what I did there – you got a twofer – a New Year’s tradition and why we christen ships with champagne all in one bullet point!)

Singing Auld Lang Syne goes back way further than Guy Lombardo – in fact, it’s the name of a Scottish folk song handed down from medieval times and put to paper by poet Robert Burns in 1788. Translated it means roughly “Once Upon a Time” and was sung at celebrations. But then in 1929 Guy Lombardo’s orchestra played it at a hotel in New York on New Year’s eve and viola – a new tradition was born.

Dropping the ball in Times Square is based on the dropping of “time balls” in harbors so sailors could set their timepieces. This was first done in Portsmouth, England in 1829. The first dropped ball in Times Square was in 1907 and was made from wood and iron, featuring 100 25-watt bulbs – quite the spectacle at that time. It was created because NYC police had banned fireworks, and the NY Times wanted to find a suitable replacement. And it isn’t only balls that people drop – Port Clinton, OH drops a 600 lb walleye replica and in Boise, ID they drop a huge lighted “GlowTato”.

New year’s resolutions are traced back to ancient Babylonia where citizens made an oath to the king that weren’t taken lightly – they were considered essential to keeping the kingdom in their god’s good favor. Fast forward to the 1740’s and the Methodist Church began the practice of holding renewal services on December 31st, offering parishioners a chance to look back on the year and renew their commitment to the church and each other. More fast forward a hundred years or so and it became a purifying ritual following the overindulgence of the holiday and new year season.

While all of these are familiar to us here in the US, there are a number of interesting traditions worldwide as well –

In Mexico, people eat a grape for every one of 12 chimes of the clock at midnight, representing good luck for each of the upcoming 12 months in the new year.

Aztecs used to burn all their floor mats on new year’s day as the fire was cleansing – then they’d take this new fire home and use to light a new hearth fire for the upcoming year.

The Brits leave money on their porch to be purified, then having the clean “new” money to start the new year.

In Scotland “first footing” says that for good luck the first person to set foot in a house in the new year should be a tall, dark male holding a lump of coal, shortbread, a black bun and a wee bit of whiskey.

Here at CTS we have our own traditions as well – January is our time to make plans and set goals for the upcoming year. In a couple weeks during Team Week we’ll look back and assess the past year and make commitments to each other on the year to come. As we get together to set these goals, let’s go into our meetings focused on not only what tasks we’ll be doing and our projected outcomes, but also task ourselves with how we can work together better not only to improve the quality and quantity of our work, but to improve the value of that work to each of us as individuals. Let’s also focus on how we can make our work more meaningful and enjoyable and how we can support each other so each of us can be our best selves. That will allow us to each and collectively do our best work – and make 2020 our best year ever!